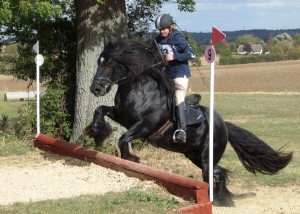 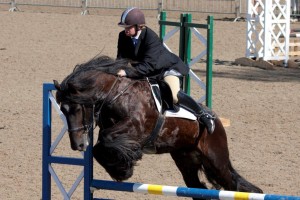 This is Hercule Poirot or HP as he is commonly known. HP is a Freisian / Cob cross and is owned by my son Oliver.

HP has reduced sight in one eye but he still loves to jump and often competes locally at cross country and show jumping. This year he competed at The Royal International Horse Show at Hickstead where he took part in the team show jumping. HP had just 4 faults and the team came 29th out of 105 teams taking part.